“It is really too much of a good thing.”
Aldus Huxley
(Beyond the Mexique Bay, 1934)

This quote, from the famous author Aldus Huxley, is about Lake Atitlan, Guatemala. It was following his extensive travels through Central America in the 1930s, when he, like every other traveller to this special lake, was left almost speechless by its beauty! This huge, ever-changing body of water, has a colourful and lengthy history inextricably intertwined with Mayan culture that more than matches its mile-deep depths and the vibrant surrounding Mayan villages.

The country of Guatemala, the ‘Land of Eternal Spring’, has attracted many visitors throughout the ages and although a popular tourist destination, it still remains something of a hidden treasure. Once visited, especially Lake Atitlan, it is never forgotten; it has a magnetic effect on many, who return year after year, or, end up staying – be warned! (Perhaps you should take a look at our sales listings?!)

Guatemala has two seasons: Rainy (May-Oct) and Dry (Nov-Apr), however in the highland area, where Lake Atitlan and the beautiful colonial city of Antigua are, the temperatures do not change much. It has a perfect, temperate climate (hence ‘Eternal Spring‘) where the days are warm and barmy around 25°C (77°F) and then the evenings are comfortably cool, approx. 18°C (64°F). During the rainy season it generally rains in the afternoons and evening, often heavily for several hours. September and October, which are during the main part of the hurricane season, can see several days of rain. However, when it is not raining the skies are clear which makes it a country that can be visited year round. 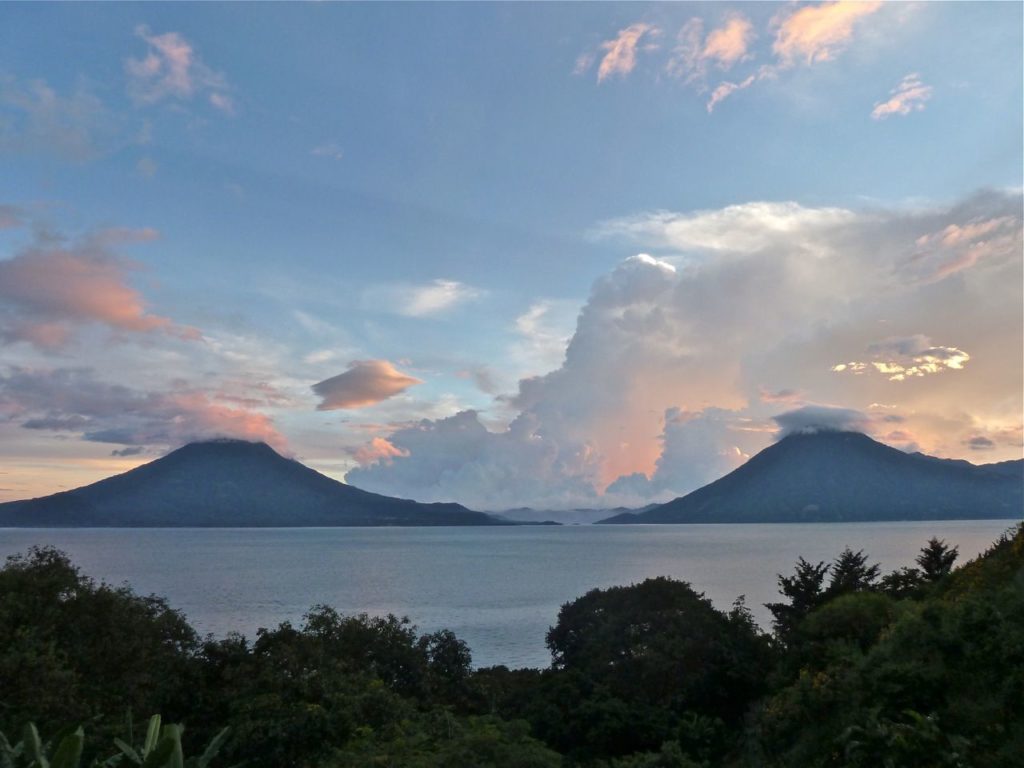 Why come to Lake Atitlan? – The reasons are endless: colourful and magical Mayan culture and history, spectacular ancient Mayan ruins, mountains, volcanoes, beaches, jungles, cloud forests, colonial towns, and that’s for starters! However, we suggest that it is best you come here yourself – you will not to be disappointed!

Lake Atitlan is one of many beautiful places to visit in this extraordinary and spectacular country, which lies just south of Mexico and Belize and to the north of El Salvador and Honduras in the ismuth of Central America. Like many of its neighbours it has had a complex and bloody history, but now it is a perfect holiday/vacation destination.  It sits at an altitude of 1,560m or 5,600ft is, and is dominated by three centurion volcanoes (don’t worry – inactive!). It is not hard to understand why the Mayan Culture believes this is where life began. 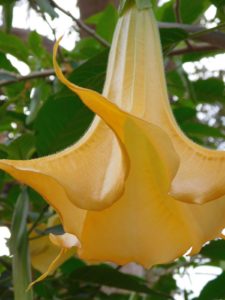 The lake is extremely sacred; it is believed to be the tummy/belly button of Madre Tierra (Mother Earth), and it is still as central a point to Mayan culture now, as it has ever been; small ceremonies are constantly being conducted on its shores. It is also the deepest lake in Central America at more than 300 metres or 1,114ft, adding to its mysticism!

The 21st century has only recently begun to touch the centuries-old traditional way of life of the indigenous people who live in the small communities scattered around its shores. The indigenous in Guatemala are of Mayan decent and make up around 60% of the country’s population, although around the lake that percentage is nearer to 98%. There are numerous Mayan groups who not only live in the Sololá province of Lake Atitlan, but are spread throughout the temperate mountain and volcanic regions of Guatemala, as well as down towards both coasts. Their colourful culture has only relatively recently begun to captivate tourists from all over the world, who flock to see their culture, ruins, rituals, artesania (art & crafts) markets, and buy the multitude of tipica (art & crafts) on offer.

It is nigh on impossible not to be affected by the spectacular situation of Lake Atitlan – many believe it is an eighth wonder of the world. It radiates mystique and magic, which explains only too well why the lake has played such a significant role in Mayan culture. Some academics believe it appears in the Mayan holy book, ‘Popul Wuj’: the story of the creation of man and Mayan culture. The kaleidoscopic Mayans living by the lake help to maintain these characteristics, as do the myths that surround them. The lake’s profound and unexplored depth (up to 320 metres/1,050 feet in some places) has led to a variety of tales about sunken villages, lake beasts, and mysterious floating lights. Like so many other lakes around the world, Atitlan has its own resident monster: a dragon-like creature called Chakona or Arcoirs, who lurks down in the lake’s deepest depths and lives in a cave on the north shore.

It is believed that over 100,000 years ago a series of huge volcanic eruptions rocked Central America. Several times larger than Pompeii, volcanic stone and lava were violently ejected and thrown as far away as Guatemala’s Caribbean coast, and even the Gulf of Mexico. A gaping hole, now surrounded by three smaller volcanoes, was left: San Pedro to the west; Toliman to the south; and the largest volcano Santiago, behind the latter. This caldera, which later filled with water, became known as Lake Atitlan. It lies 1,652 metres/5,420 feet above sea level and contains 13km by 26km / 8 miles x 16 miles of continually changing waters, transforming from glassy smooth in the mornings, to a blanket of white horses in the afternoons, when the choqumil wind moves in. Occasionally the North wind (Norte) races across the lake for four to five days.